“I Don’t Give A Damn” Biscuits 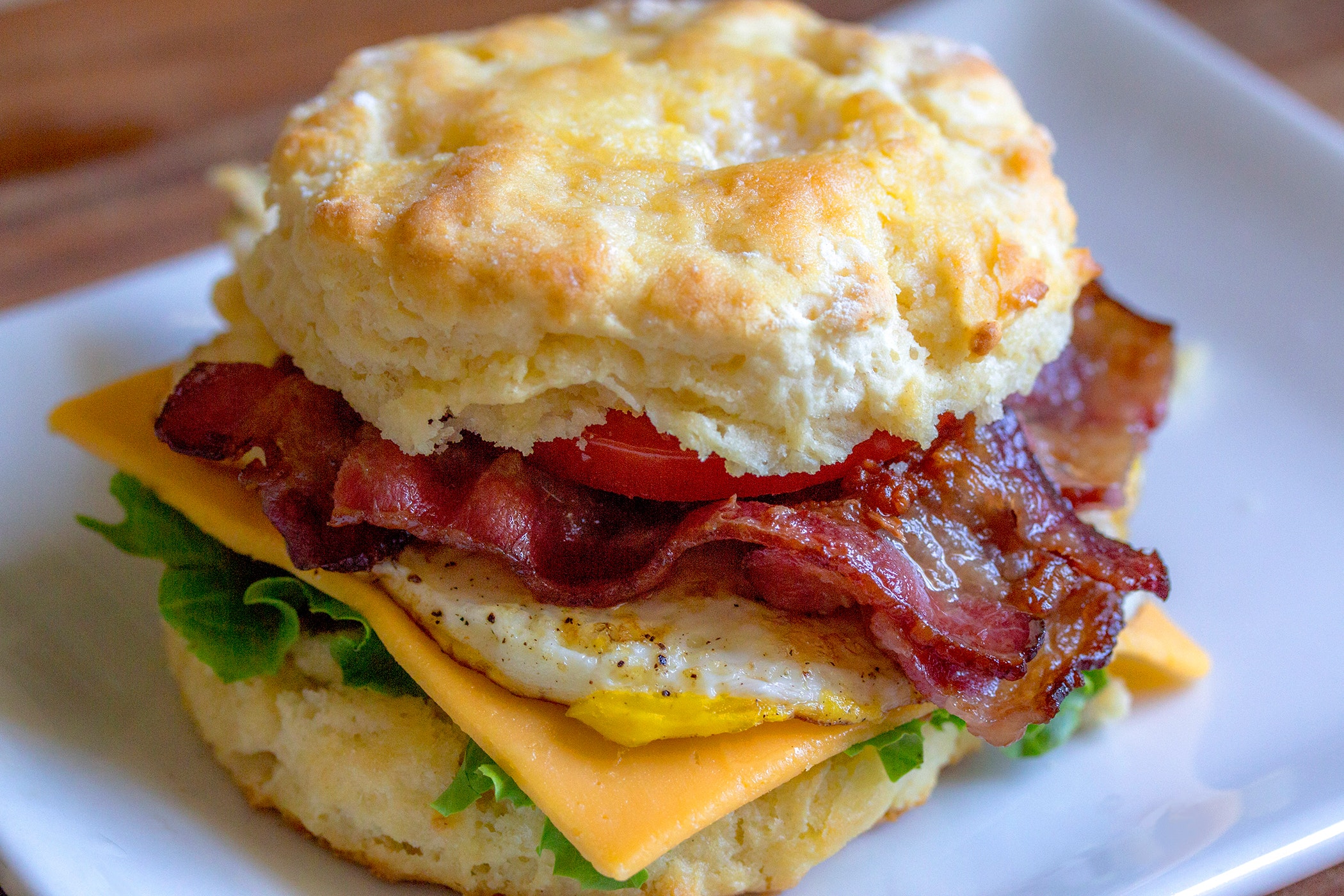 “I Don’t Give A Damn” Biscuits

Starting a new life, in a new country, with a new husband, can have its challenges. In my mind I had the process all worked out, all the steps in order, all the ducks in a row.  Then reality sets in and nothing, it seems, goes as I had planned.  Murphy seems to be infatuated with me and all that I do, and I just can’t seem to get away from him.

Waiting endlessly for paperwork and money to materialize has taken a toll on me. As the frustrations and set backs have continued their assault, my mood and motivation have sunk to new lows.  Being isolated has not helped either. I have relied too much on the hopes that getting a work visa would be quick and I would find new social groups through my employment. However, that has been slow in coming.

To cope with my doldrums and melancholy, I have turned to food. One thing I do know how to do is cook.  Since I am also a newlywed putting delicious meals, made from what little we can afford, in front of my husband is also something that I can take some pride in. It helps me feel like I have accomplished something. But then there are those days when reality is knocking a little too hard and those gray colored glasses slide in front of my eyes to make the world seem impossible to deal with. It’s that feeling you get when you just don’t give a damn about anything any longer.

One of the things I noticed when I moved to Canada is there is a glaring lack of biscuits. You may not think anything of this but, being a girl from the South, I feel it quite keenly. I love biscuits, but search high and low, there are none to be found here. Nowhere. I tried McDonald’s, KFC, Church’s Chicken, and every place that I can think of that should serve biscuits. Nothing. Not a crumb.

That’s when I decided to make my own. They’re not hard. All Southern girls should know how to make a good biscuit. It is the perfect match of carbohydrate goodness to go with any meal. They are cheap and easy to make, too.  Or so I thought.

I decided to show my husband what he had been missing in his life by whipping up a batch of biscuits to go along with some gravy we had left over from supper one night. Comfort food at its finest. I gathered the ingredients and followed a quick, simple recipe that took little effort.

The result was less than ideal. Sure the biscuits tasted fine, but they didn’t look like the soft, flaky morsels of delicious dough that I was imagining. They were pretty flat, like a hockey puck. Apparently Canada was showing me what it thought about my Southern comfort food.

For the next week I continued to make biscuits, trying to find what I was doing wrong to make those suckers rise into the fluffy meal companions that our ancestors intended them to be. I looked up techniques, studied the proper way to “cut” butter into a mixture, read sage advice from little old church ladies about keeping the butter and pans as cold as possible. I learned about kneading the dough just the right amount of times; the proper thickness to roll it out; the advantages of freezing your hands in ice water before working on it. I tried them all, but still my biscuits just weren’t right.

Something that I have noticed over the past few months of cooking everything I can is that my mood seems to affect what I am making.  If I am mad, things get a bit too salty, if I am sad there will probably be a batch of cookies coming, if I am happy dinner is perfectly wonderful. Well after a week of fighting with those biscuits frankly, my dear, I didn’t give a damn anymore about getting them right.

I got up, took my husband to work, and came back to the house to make my daily batch, but I just did not care how they turned out. I was done trying to make them perfect. So without giving a damn, I threw the dough together, all willy-nilly; half-heartedly hand rolled them into shapes that could have been circular; and threw them in the oven, not giving a damn that the oven was not fully pre-heated. Then I went off to not give a damn in the living room.

You know what? When they came out of the oven those were the best damned batch of biscuits I had ever made. Perfectly risen, wonderfully flaky, nicely toasted on the tops. Those things would put the biscuits they serve at Cracker Barrel to shame! They melted in my mouth like icecream in July. My husband thought they were wonderful. I learned that by not giving a damn I could make some damn good biscuits.

Now I would like to share with you my recipe for “I Don’t Give A Damn” Biscuits so that you, too, can make these when you are having one of those days when you just don’t give a damn any more.

The ingredients that you will need are pretty simple:

2 cups of all purpose flower

3/4 cup milk (water if you are lactose intolerant)

Step 1- Start by preheating your oven to 450. Some recipes suggest 500 but since you don’t give a damn then whichever you prefer.

Step 2- Put your dry ingredients into a bowl and half-heartedly stir them around. In your head think about how you really don’t give a damn if they are evenly mixed.

Step 3- Cut in the butter. While you are doing this imagine those little clumps of butter are your problems that you have stopped giving a damn about while you disintegrate them into balls the size of peppercorns.

Step 4- Add the milk. Who cares if it expires tomorrow? Not you. Just put it right on in there without giving a damn about that bit you sloshed on the counter.

Step 5- Knead your dough in the bowl. Soothe your fingers with this squishy texture while you forget about that pile of laundry in the bedroom that just never seems to go away. Keep kneading until your dough is an even texture, not that you give a damn.

Step 6- Divide the dough into 12 balls, be careful that you don’t give a damn if they are perfectly even or not.

Step 7- Sigh to yourself about all the things you have stopped giving a damn about while you pat the balls into little circles in the palm of your hand and place them on a greased cookie sheet.

Step 8- You don’t give a damn if the oven is fully pre-heated or not, just pop those suckers in there and slam the door closed. It helps if you yell “I don’t give a damn” while you are completing this step.

Step 9- Pour yourself a big ol’ cup of what ever helps you not give a damn and sip on it for about 12 minutes while the biscuits are cooking. If you find yourself giving a damn, go rotate the cookie sheet around to kill some time and help the biscuits cook evenly.

Step 10- Careful you don’t get lost in not giving a damn because you should give a damn about burning your house down, so don’t over cook the biscuits. Find a plate you don’t give a damn about and once you take them out of the oven, toss those babies on there without a care in the world.

Slap some butter and honey on them, or find that jar of preserves you hid at the back of the fridge (because you didn’t give a damn about it) and eat as many of those yummy bites as you please, because you just don’t give a damn.

And there you have it, folks, I Don’t Give A Damn Biscuits. Go on, given them a try. Or not, I don’t give a damn. 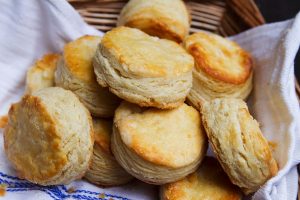