How Onions Helped Me Be Assertive

Home » blog » How Onions Helped Me Be Assertive 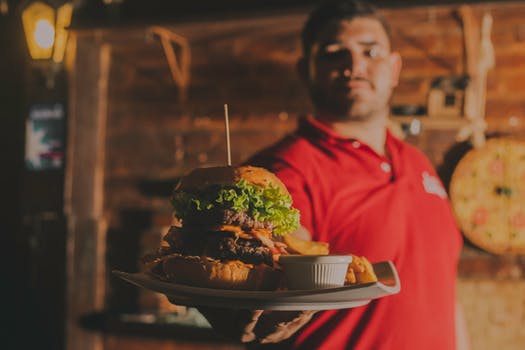 How Onions Helped Me Be Assertive

Growing up my parents always taught me to eat what was given to me and not complain. For the most part I am not a picky eater and never really had much of a problem with this. WIth the exception of one 2 hour stand off I had with my mother over a bowl of black beans and rice. To this day I am not sure why I objected because when she finally convinced me to eat a bite I loved them!

Then there are onions. I don’t hate onions, I rather enjoy them cooked. However raw onions are a different story. I like them only on certain things, like chilli and chilli dogs or the occasional burrito. Mostly I find the taste overpowering and even if they are picked off the rest of the food still reeks of onion.

For most of my life I ate food that had onions on it, in spite of my dislike, due to my bad habit of not wanting to inconvenience or offend others. Sure some of it has to do with manners. If I was at a friend’s house and they serve me a dish that has onions in it I would not say a word and just eat what was before me. That’s polite.

But I would also do this when ordering my own food. McDonald’s puts those confetti onions all over their burgers and there is no way you can pick them all off, so I wouldn’t even bother. I would just order my food and eat it. Other places give you a generous slice of onion atop a juicy beef patty and it’s not as difficult to remove them, but the onion fumes still linger in the bun and where ever else the slice has touched. In my mind, having worked in fast food and restaurants, I knew that asking for special orders on food could be a big pain in the butt. So instead of ordering what I wanted, the way I wanted it, I would just order a burger as it came and deal with it so that I wouldn’t cause any inconvenience on the food workers and cooks.

One day it occurred to me: I really just don’t like onions so why do I keep ordering food without asking that they be left out? I am a grown adult, I am allowed to make my own choices. If I am paying for this food, then why would I not order it without the onions if I don’t like them? I could blame it on my Southern upbringing, or on my sympathies with the kitchen staff having to make a special order, or even just downright forgetfulness that onions are almost always included on all burgers.

Then I realized that it wasn’t any of this. It was more about my own problem of putting others before myself. Ignoring my own likes and dislikes so that I wouldn’t cause problems for someone else. I was more concerned about a fast food worker, who probably makes hundreds of burgers a day and isn’t even phased by a no-onions request, being put out than I was about myself.

The more I thought about it the more I realized how much I did this in other areas of my life. I would tolerate bad behaviors from friends and romantic partners because I didn’t want to cause a fuss. I would allow others to take advantage of me, even when I knew they were, because I felt that they needed whatever it was more than I did. I would not speak up for myself in relationships, voicing my likes or dislikes, because I wanted to be agreeable. I was afraid to be me because I didn’t want that to be a problem for anyone else.

But it was a problem. It was a problem for me. I realized how much of me I was hiding, how much of myself that I was afraid to let others see because they might not like it or might disapprove of it. I realized that eating onions on burgers when I didn’t like them was just one more way I was telling myself that who I was was not ok. That voicing my opinions, or likes, or dislikes was unacceptable.

What was worse was that I hid my creative work as well. What would my parents think? My friends? My bosses or coworkers? I found myself changing things here or there, avoiding controversial topics, hiding my writing or art from others, all because I had allowed myself to believe that who I am was less important than who might be offended by it.

It may sound a bit strange but realizing that I really did not have to eat onions if I did not want to helped me to begin to realize that there was so much that I did not have to tolerate in life just because I didn’t want to bother someone else. It helped me to understand that yeah sure there is always going to be someone who has a problem with you, or who you are, but that shouldn’t be your main concern. You should not be afraid to speak up about what you like or don’t like, who you are or are not. Don’t be afraid to assert yourself, who cares what someone else thinks?

Now I always order my burgers and salads without onions. And I write about what I want to, what is in my mind and my heart. I am not saying that I no longer care about other people or what they think, but I have learned to care more about me and what I think, not letting my avoidance of conflict get in the way of being who I am. And who am I? Just a writer who really doesn’t like raw onions.